We encourage you to get to know all our doctors and to ask to see the first available one when you visit so as to minimize your wait time with us. 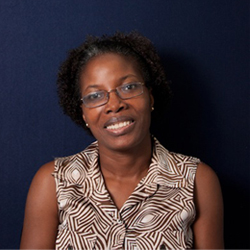 DR. ALISON ITONM.B. B.S., D.C.H. (U.W.I.)
Dr. Iton is one of the most reserved members of the Kidz Klinik family. Always the first on site each morning
Read More

Dr. Iton is one of the most reserved members of the Kidz Klinik family. Always the first on site each morning, she goes about her work with quiet diligence. She is a graduate of St. Andrew High School for Girls and the University of the West Indies. 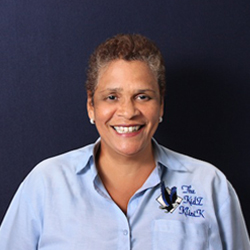 DR. ANDREA DEWDNEY-GOLDSONM.B. B.S., D.C.H. (U.W.I.)
Born in Kingston, Jamaica, third in a family of four girls, she describes herself as a “frustrated tomboy
Read More

Dr. Dewdney is now married with two adult children, and her hobbies include ornamental fish farming and visiting Negril. 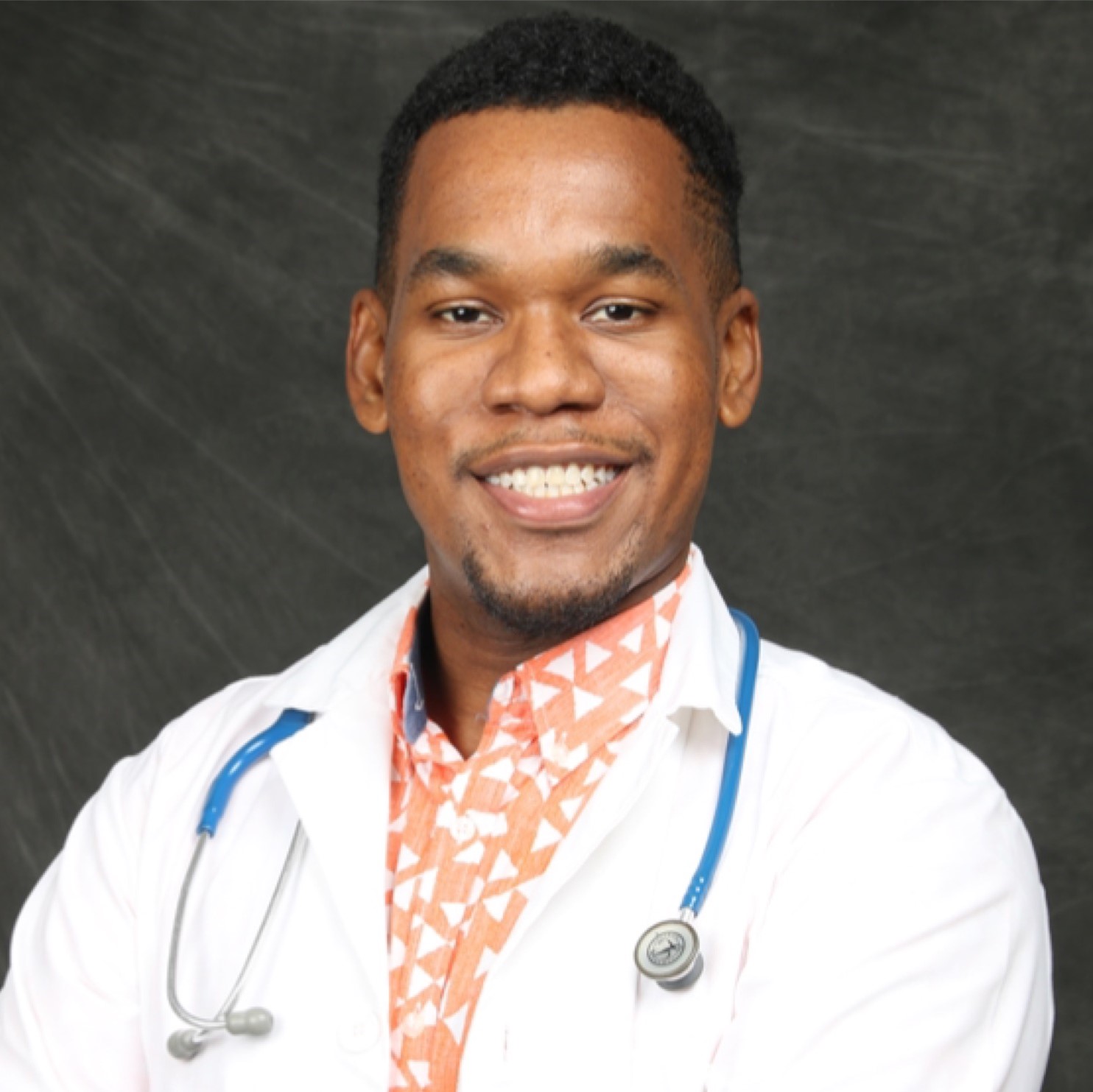 DR. ANDREW BURTONM.B.B.S., D.M. (U.W.I.)
Dr Andrew Burton is a faith-centred, fun-loving physician who enjoys his career as a ministry to children and families almost as much as he loves
Read More

Dr Andrew Burton is a faith-centred, fun-loving physician who enjoys his career as a ministry to children and families almost as much as he loves to smile. A proud Jamaican, he obtained both undergraduate and postgraduate medical degrees from the University of the West Indies, Mona, and is a product of the esteemed Campion College. His other passions include music, socialising, travel and volunteerism. 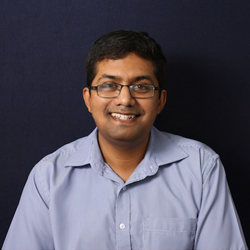 DR. AVINASH SRINIVASM.B. B.S., D.M. (Paed.) (U.W.I.)
I’m Dr. Avinash Srinivas. I graduated from the University of the West Indies and worked at the UHWI from 2004 to 2011 before joining the Kidz Klinik team.
Read More

I’m Dr. Avinash Srinivas. I graduated from the University of the West Indies and worked at the UHWI from 2004 to 2011 before joining the Kidz Klinik team.

I love being with kids, and sometimes I’m more of a kid than the kids themselves. 😊

I love playing around with computers, breaking them (accidentally), and then having to fix them.

I am married with one son. My son terrorizes us. I guess that makes him a terrorist! 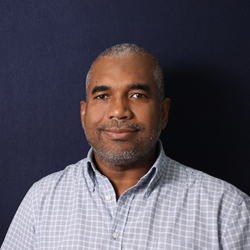 Attended Excelsior High School before studying medicine at the University of the West Indies.

Represented both institutions in table tennis, but I never won anything, so don’t ask for proof of my skills. 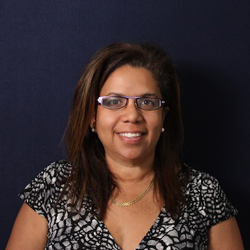 A graduate of The Queen’s School and Campion College, Dr. Ffrench is a pocket-sized dynamo. She loves swimming, and she formerly represented Campion as well as The Marlins Swim Club. 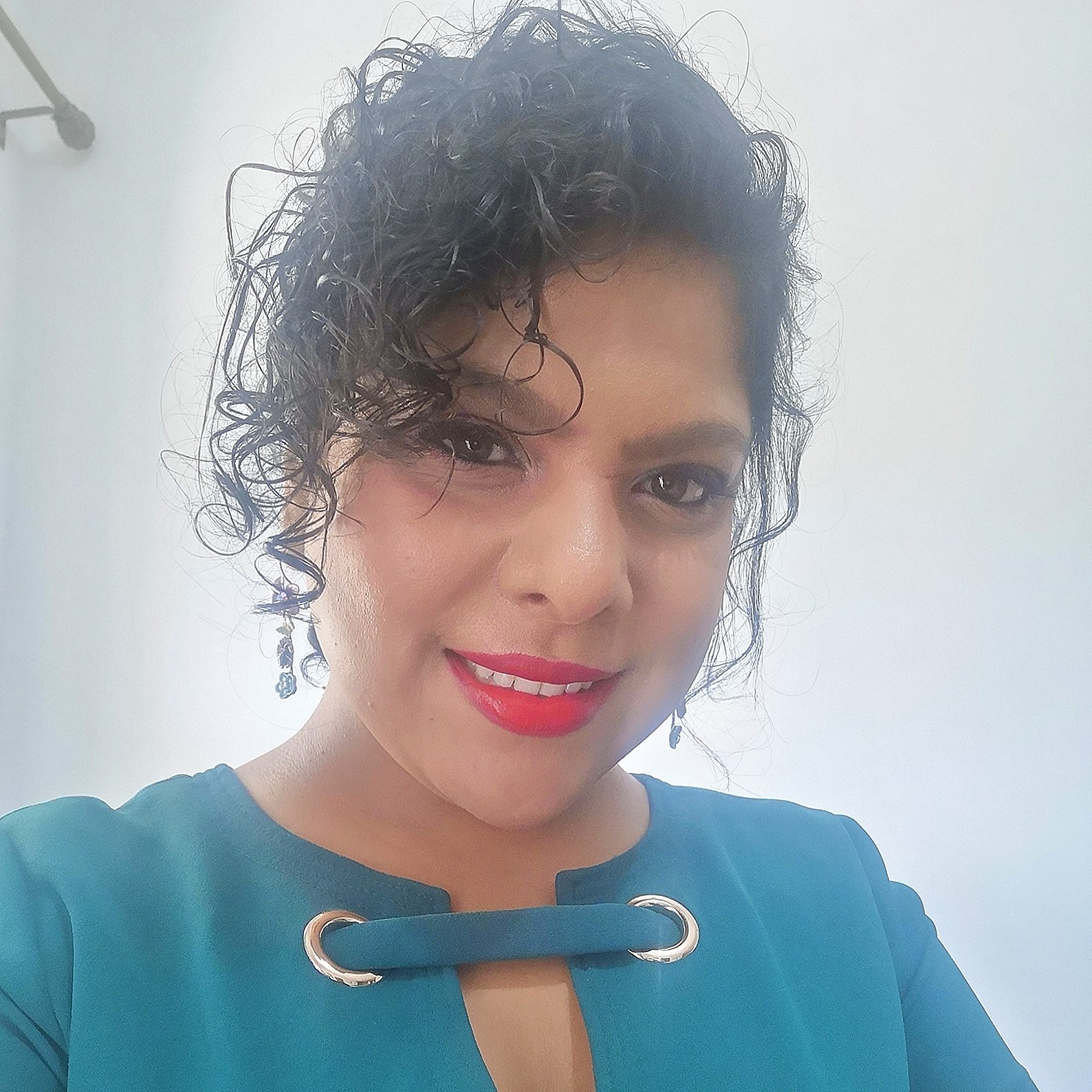 Born in Georgetown, Guyana, Dr. Singh acquired her undergraduate medical degree from the University of Guyana School of Medicine. She moved to Jamaica in 2013 where she subsequently acquired her postgraduate degree in Paediatric medicine at the University of the West Indies. She loves caring for children, especially newborns, and hopes one day to pursue a fellowship in Neonatology. Her other passions include music, animals, fashion, movies, and nature documentaries. 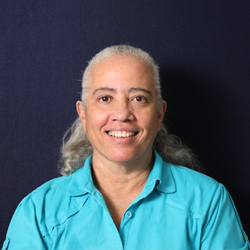 DR. JANET BURKEM.B. B. S. (U.W.I.)
Born in the city of Kingston and high-schooled in the garden parish of St. Ann, first at the black-and-gold York Castle High and later at the Servites of the S.C.A.
Read More

Born in the city of Kingston and high-schooled in the garden parish of St. Ann, first at the black-and-gold York Castle High and later at the Servites of the S.C.A.

Loves sports and, in her younger days, captained the netball and volleyball team. 110-yard sprinter as well as 4 x 110 relayer who ran for her black-and-gold alma mater at Champs. Also a high jumper, but not to be confused with the other Janet Burke!

Dr. Burke trained to Grade V as a pianist and played Grade VII in the festival competition. She loves, music, dancing, singing, chocoloate, ackee and saltfish, pear, and breadfruit. 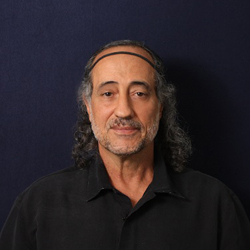 An avid sports fanatic whose first love was football, probably inherited from his Dad, who had the honour of captaining Jamaica in both football and track. Dr. Royes represented the University of the West Indies and then August Town at Major League level and was subsequently invited by Coach Leighton Duncan to play for Cavaliers Football Club late in 1981. God never allowed him to realise this dream, as a severe knee injury early in 1982 effectively ended his athletic aspirations.

Dr. Royes represented his beloved alma mater, Wolmer’s Boys’ School (about which he has written a book), in field hockey and subsequently played for the Blackhawks Club at Senior League level in that sport. He is a 6th degree black belt in Seido Karate and enjoys SCUBA diving and spearfishing.

He married Valerie, a fellow doctor, in 1979, and he is now widowed with two adult children (Stephen and Mark), two daughters-in-law, and four grandchildren.

Dr. Royes is a Christian who attends Swallowfield Chapel and who is extremely grateful to the Almighty God (the “El Shaddai”) for his constant presence and help through the years. 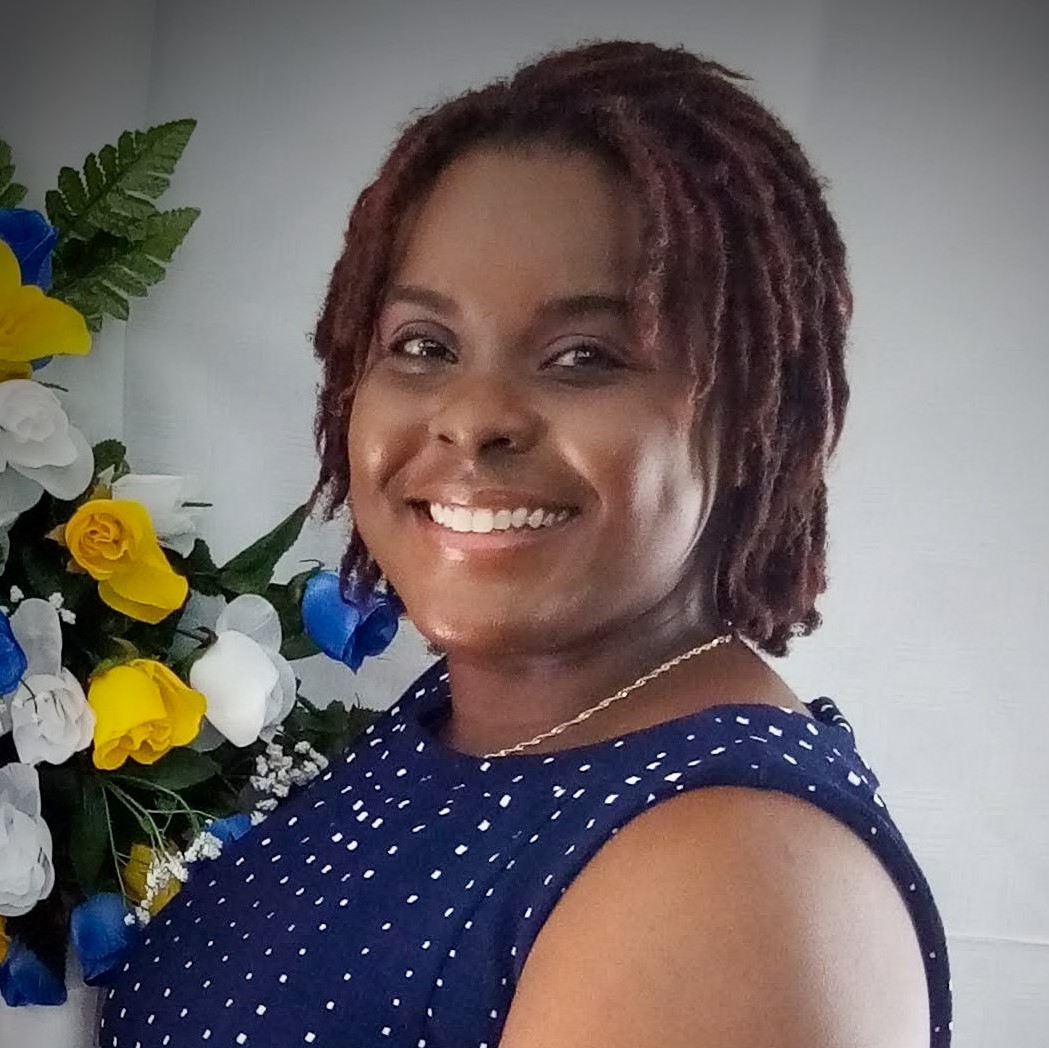 Dr. Julia Pike is a registered medical practitioner with over 12 years of clinical experience in
Paediatric Medicine. She completed her undergraduate studies and pursued postgraduate
training at the University of the West Indies, Mona, while working at the Bustamante Hospital
for Children in Kingston, Jamaica. She has always been an advocate for community wellness and
patient education, and currently offers consultation and ambulatory treatment to newborns and
patients up to the age of 18 years, ensuring to provide a holistic approach in care to all her
pediatric and adolescent patients and their families. With her interests in research and health
economic outcomes, she hopes to pursue and complete a Master of Science in 2022-2023.

Outside of her academic and professional interests, she finds relief in nature walks, swimming
and is an avid lover of music. Though soca and afro-beats may be her favourite genres, she can
grossly testify “that when the rhythm and music hits you, you feel no pain”. Dr. Pike is an
executive member of the Holy Childhood High School Alumnae Association, where her current
role as Public Relations & Communications Officer has allowed her to network with fellow alumnae and assist with the needs of the school. As a part of the Association, during her tenure she has served as a mentor (2019) offering guidance to Grade 9 students and hopes to continue
to be a positive influence to students in their transition years. 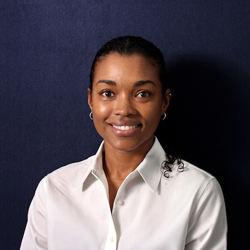 Dr. Lao Sealey is a Barbadian, born of Vincentian heritage, who migrated to Jamaica in 2009.

She has a special interest in preventative medicine and enjoys reading, running, and anything involving the sea. Dr. Sealey is married and has three children. 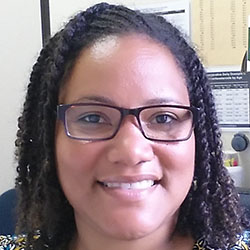 DR. MARA HOSANGM.B. B.S., D.M. (Paed.) (U.W.I.)
A past student and teacher at Campion College, I love kids and have a special interest in accident prevention and pain management
Read More

A past student and teacher at Campion College, I love kids and have a special interest in accident prevention and pain management, as I hate to see our little munchkins injured and in pain.

In my free time I enjoy hanging out with friends, swimming, watching movies, driving along the coastline, and appreciating God’s awesome handiwork. 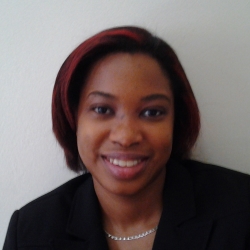 She enjoys travelling and exploring new places. Dr. Williams-Cooper is married and has one daughter. 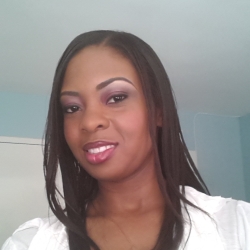 I was born in Trelawny and attended The Westood High School. Our motto, “Ora et Labore” (“by prayer and by work), has guided me throughout my career.

I completed medicine at U.W.I. in 2007 and, after developing an interest in paediatrics during my internship, I went on to complete paediatric specialization in 2013.

I enjoy quiet evenings at home as well as travelling. 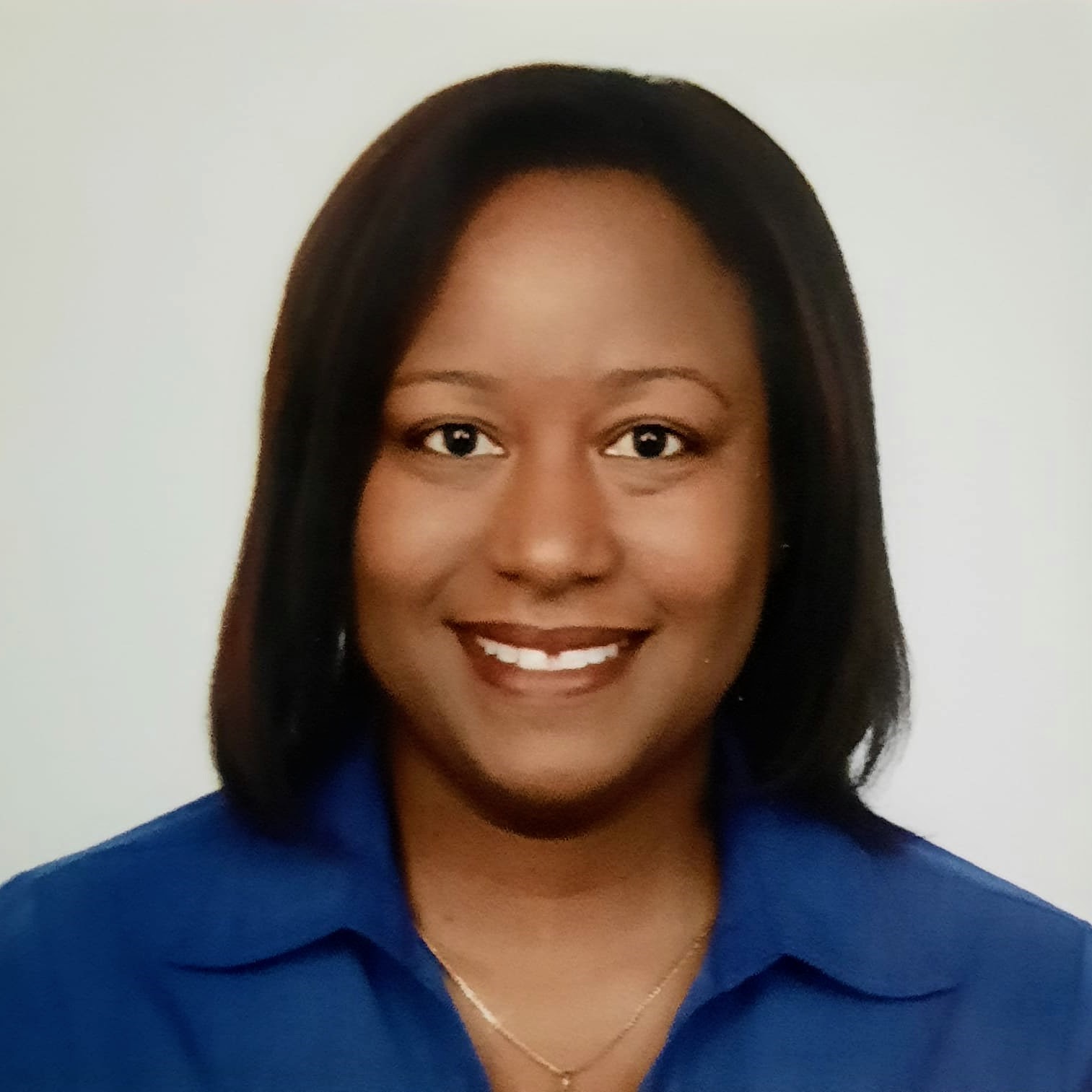 A graduate of Campion College, Dr. Green pursued an undergraduate degree in Biochemistry and Chemistry before entering the medical programme at the University of the West Indies. She completed her Doctor of Medicine in Paediatrics in 2017 and soon after got married, welcoming a baby boy in 2019. She has a special interest in development and nutrition, and loves music and the beach in her downtime. 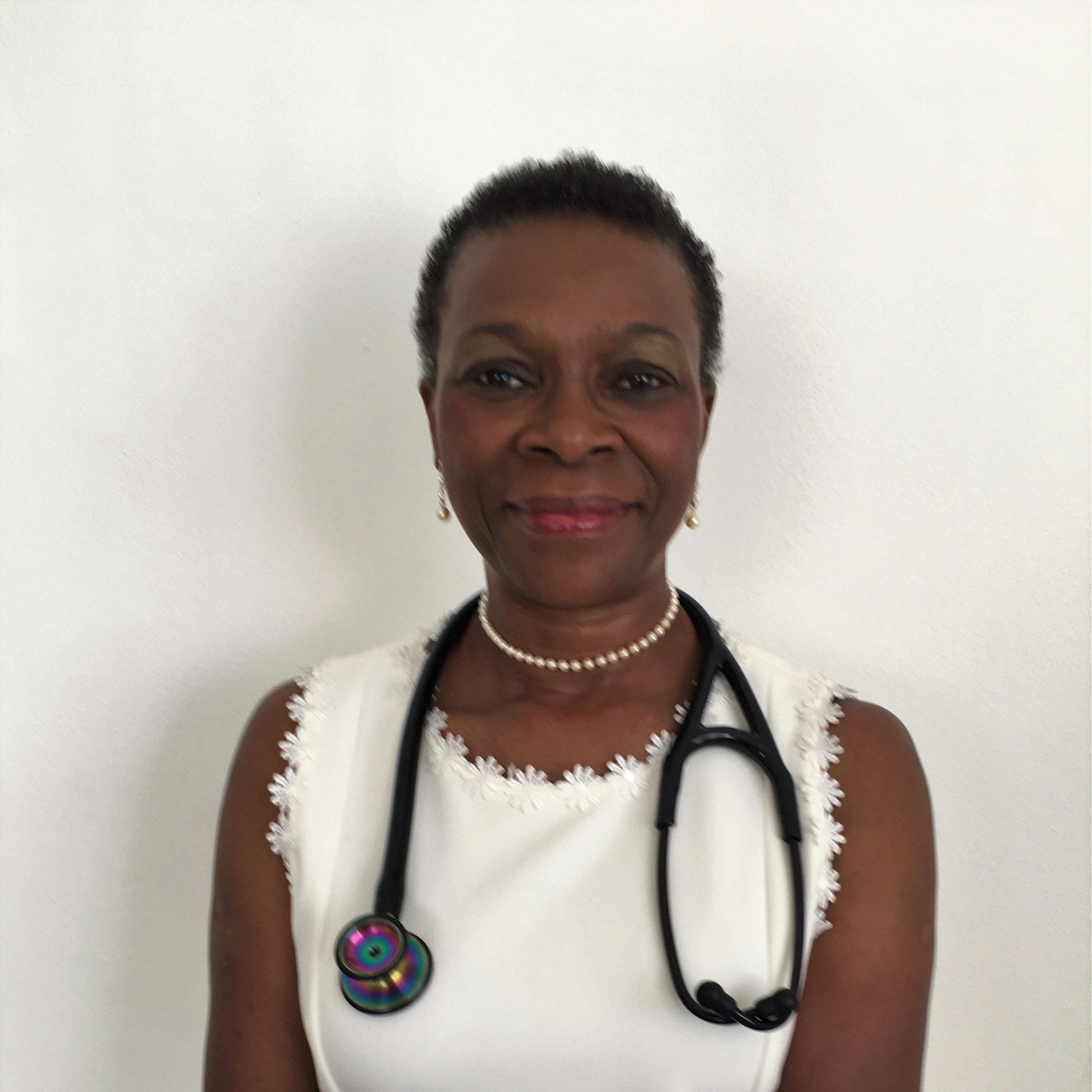 DR. TOSAN LIVINGSTONEM.B.B.S. (University of Lagos), FAAP
Dr. Tosan Livingstone was born in Lagos, Nigeria. Her childhood dream was to become a doctor. She graduated from medical school at the University of Lagos in 1982.
Read More

Dr. Tosan Livingstone was born in Lagos, Nigeria. Her childhood dream was to become a doctor. She graduated from medical school at the University of Lagos in 1982.  She migrated to the USA two years later and underwent further training to become a Paediatrician at the Newark Beth Israel Medical Center in New Jersey.

Dr. Livingstone enjoys interacting with and taking care of children at work, especially those with special needs.

She migrated from the USA to Jamaica with her husband, who is Jamaican, in July 2020. They have 4 adult children and 4 grandchildren who live in the United States.

As a Christian, she loves to teach from the Bible, and to be in Bible studies with other women.

Schedule an appointment online with The Kidz Klinik for paediatric consultations, immunizations, and minor outpatient procedures for children of all ages.